On weekdays before 1 p.m.
Ordered at home tomorrow
> KIO Sport

This design for artist Mark Brouwers is chosen as an award for the Red Bull
Air Race. This sculpture expresses speed, skill en accuracy
in a beautiful way. With a speed of 400kph the planes maneuver
through obstacles and skim over the earth. The spectaculair flight
of the pilots is recorded in this image. 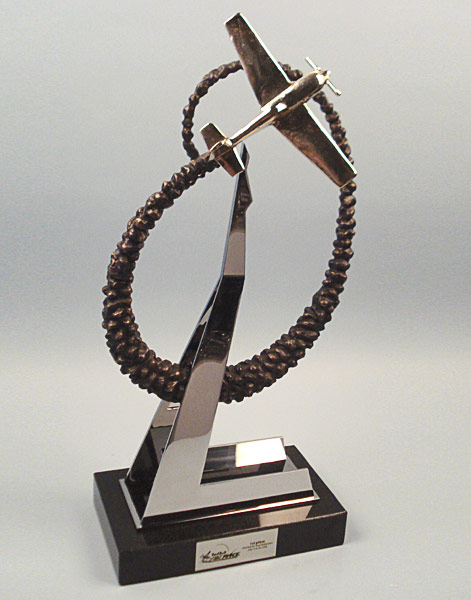 This sculpture, in memory of Coen Moulijn, is a replica
of the world reknown photo of this Rotterdam based
soccer hero. The replica has his know backnumber 11
and it is a nice and lasting memory to this hero.
This wonderful sculpture is accompanied by a certificate
of authenticity with the signature of Coen Moulijn.

This beautiful stylized bronze lion is
awarded as an oeuvre prize to a person who are
has earned his spurs in football country.

For: 100 years of top football in the Netherlands

Artihove possesses many qualities and is capable of the essence
of the moment in works of art. A nice an example of this is
the "Orange team of the century" where 11 football players
and the bronze coach have been immortalized.

You must enter a valid email address.

More information about the newsletter